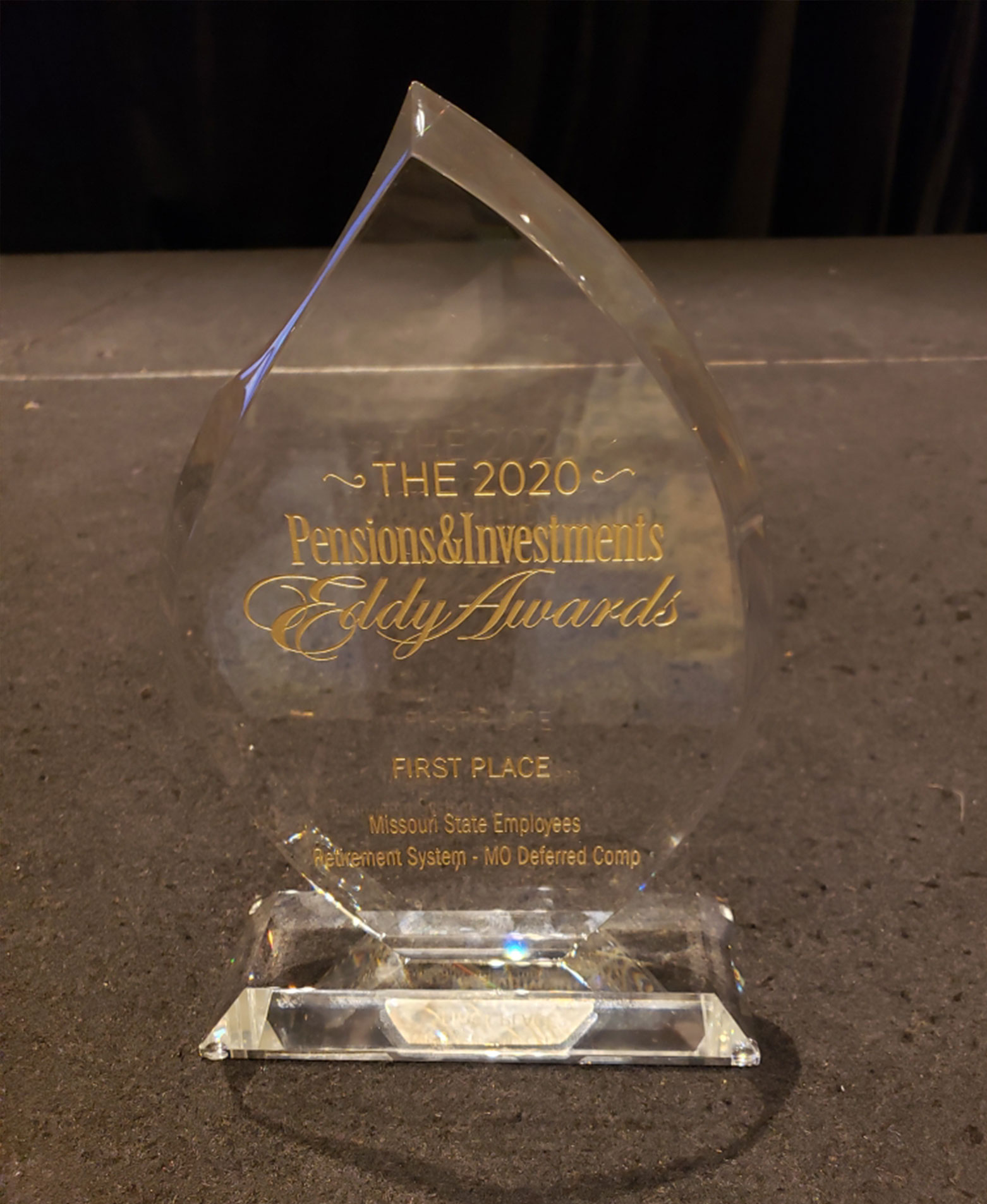 MO Deferred Comp was awarded the highest achievement – a first place Eddy Award – for their 2019 America Saves Week video series, Jargon Free Savings. The video series took on a popular topic in the retirement industry – removing jargon and simplifying speak – and it turned into a humorous campaign. The goal of the campaign was to educate state of Missouri employees on the deferred comp plan and its benefits, while poking-fun at the confusing lingo often used in the retirement savings industry and explaining how deferred comp has taken the steps to simplify the words they use in their publications, videos, and meetings. Topics of the videos included target date funds, costs associated with saving, the auto-increase feature, saving with the plan and more.

The six videos created during the weeklong campaign were featured on the plan's website and social media pages (Facebook, Twitter, LinkedIn, Instagram, and YouTube). An email blast, along with a campaign survey, was also sent to approximately 73,011 state employees to encourage views and help boost campaign awareness and retirement knowledge. Two follow-up emails were sent to those who did not click a link in the initial email to encourage participation in the campaign.

In total, the video series was viewed 10,910 times and over 9,000 minutes were watched by state employees. A total of 186,039 campaign emails were sent to state employees.

In just one short week, the emails alone drove 5,314 people to the deferred comp website and encouraged roughly 448 participants to complete the 2019 America Saves Week survey. According to the survey, roughly 5% of respondents took action after viewing the videos (enrolled in the plan, changed my contribution, used a calculator on modeferredcomp.org, and/or signed up for the auto-increase feature) and 47.54% said they would be taking action in the near future. On the survey, we also asked participants what they had learned from the videos. A few of our favorite comments were:

The State of Missouri Deferred Compensation Plan, a voluntary 457 defined contribution plan, is administered by the Missouri State Employees' Retirement System (MOSERS). To learn more about the deferred compensation plan's award-winning educational efforts, connect with them on Facebook, Twitter, LinkedIn, Instagram, and YouTube.